It has been reported that Cristiano Ronaldo has handed Real Madrid an injury scare after pulling out of their 3-1 win over Espanyol. 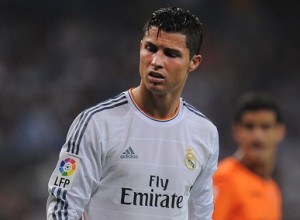 The former Manchester United star was named in the starting line-up after recovering from a hamstring injury suffered 10 days ago but pulled out moments before kick-off and was replaced by Isco.

The initial medical tests carried out on Ronaldo have revealed that the player has only pulled a muscle and that the forward should be ready for the Champions League final in Lisbon.