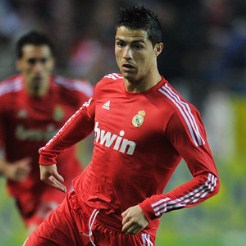 Cristiano Ronaldo has declared that he is happy at Real Madrid.

The Portuguese international star has been linked with a return to Manchester United – or Manchester City – after being jeered by his own fans during the El Clasico defeat to Barcelona.

“I do not think about the future, I’m enjoying the moment,” said Ronaldo.

“In Manchester I learned how to play, especially tactical discipline, but the Spanish league is the best in the world, since it is based on players’ skills and techniques. I will not leave Real Madrid. I want to keep having fun here.”