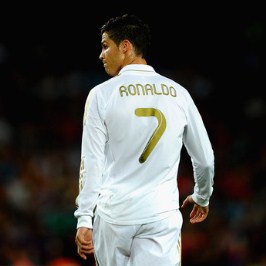 Sensational news are out and it has been revealed that Cristiano Ronaldo is in constant contact with Sir Alex Ferguson and will not rule out a return to Manchester United.

It is also said that the Real Madrid superstar keeps in regular contact with his friends at United.

Ronaldo told Sky Sports News : “I have good memories from Manchester and when I watch sometimes the games I miss it a lot because it’s part of me I left in England,”.

“Just because I play in Madrid I’m not going to miss speaking with the old guys so, when I have an opportunity, I speak with Sir Alex Ferguson.

“It was important for me when I played there, when my life was there, so it is good to speak with him because I’ll never forget who really helped me.

“I don’t close the door (on returning to England), so maybe in the future. I hope so, because I know the league, I know the players, I know the atmosphere.”