Cristiano Ronaldo insists that he would happily work with Jose Mourinho again. 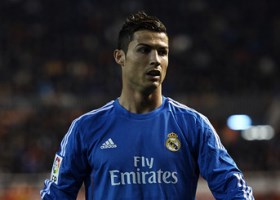 The pair did not always see eye-to-eye while the Chelsea manager was in charge at Real Madrid.

The former Manchester United star said: “I would work under him again, just as I would work under other coaches I’ve had like Ferguson, Boloni or Pellegrini. I learned lots under them and I have great memories of them. These coaches gave me the chance to better myself as a person and a player.

“Forgive Mourinho? I forgive everyone. I’ve never had a disagreement and you’ll never hear me speak ill of anyone. I never have and I never will. I just want to win things and if I’m surrounded by people as talented as me, then all the better.”

Raphael Varane Pleased To Be Back With Real Madrid