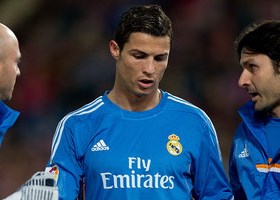 Diego Simeone’s team are seen as genuine prospects this season.

The former Manchester United star said : “Of course [they are contenders]. I’m not surprised by how well they’re doing. They’ve been looking extremely strong and organised since last year, and they have a top coach. It’s a very strong team and will be going for the title this year. Atlético is a very strong contender, but I’m convinced Real Madrid will win it in the end,”. Real Madrid Ready To Sell Benzema To Arsenal – For £40 Million!