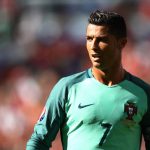 Reports have emerged claiming that Real Madrid’s fitness staff are in CHAOS.

AS reported that Cristiano Ronaldo is demanding permission from Real to contract his own personal physio.

Ronaldo’s move is the latest bid to put distance between himself and the club’s medical chief Jesus Olmo.

A year ago, Real attempted to mend the rift by sacking several fitness staff. But the tension remains and Ronaldo’s latest demand has seen no less than seven of the club’s staff express plans of quitting in protest.

Their main concern is if Ronaldo is permitted to work only with his personal trainer, then other Real players will demand the same – so making the club’s fitness team redundant.

For the moment, Real president Florentino Perez is standing by Olmo, who is a close personal friend.