It has been reported that Cristiano Ronaldo is unimpressed by the statements made by UEFA president Michel Platini. 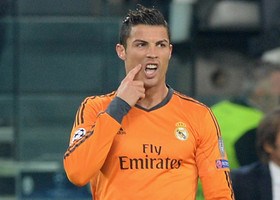 The 58 year old took aim at the former Manchester United star over the extension of the voting for the Ballon d’Or.

Platini told AS that the extension had been made “to please Cristiano”.

“I see this as a provocation. I will not respond. I speak on the field,” said Ronaldo to reporters.