It has been reported that Real Madrid superstar Cristiano Ronaldo has been voted the best player by the Arab world. 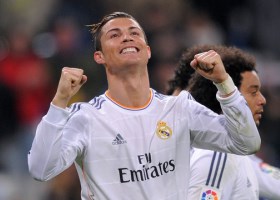 The former Manchester United star was chosen as winner ahead of Bayern Munich’s Franck Ribery and Barcelona ace Lionel Messi in a vote carried out by the Algerian newspaper Le Buteur that involved a hundred or so media outlets representing 22 countries.