It has been reported that Crystal Palace striker Marouane Chamakh will be sidelined for up to three weeks. 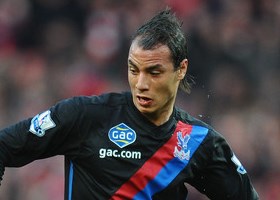 The former Arsenal ace, who leads the Eagles with five Premier League goals this season, sustained a hamstring injury in the March 2 draw with Swansea City which forced him to miss Saturday’s 1-0 home defeat to Southampton.

Palace are currently two points above the drop zone and need all the fit players they can get but it appears as though the Morocco international will miss crucial matches against Sunderland, Newcastle United and Chelsea.

“We missed Cham’s quality on Saturday. We’re looking at two to three weeks out for him,” manager Tony Pulis told the South London Press.