Reports are out claiming that Crystal Palace boss Alan Pardew was full of praise for Yohan Cabaye after victory over West Brom. 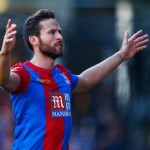 The French international, who also played under Pardew at Newcastle, held the key as he crossed for Yannick Bolasie to head home before converting his second penalty in six days.

“We approached the game knowing what to expect and we knew we needed to be patient, we played in a controlled manner,” Pardew said.

“You need someone like Cabaye to orchestrate that and I thought he was great today in everything he did.

“He created the goal at a stage we were starting to worry on the bench and potentially looking for changes.

“I know his character and he knew he wasn’t going to be accepting what was happening at PSG, he wasn’t getting a fair opportunity and he needed someone to trust.

“He wants to play for his national side at the Euros. I hope everyone in France was watching him today because he was excellent.”