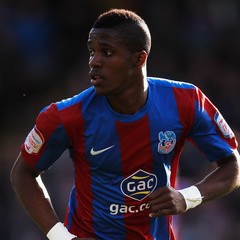 It has been reported that Crystal Palace want £12 million to sell Wilfried Zaha.

Arsenal, Liverpool, Manchester United and Barcelona are all believed to be eyeing the 19-year-old striker.

But Selhurst Park manager Dougie Freedman said: “We give young players the chance to play and that’s what he is doing now.” Arsenal Yet To Open Fresh Contract Talks With Theo Walcott