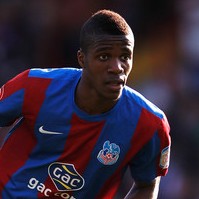 It has been reported that Crystal Palace co-owner Steve Parish says £20 million won’t convince him to sell Wilfried Zaha.

Arsenal, Manchester City and Liverpool have all been tracking the 19 year old striker.

“If someone came in with £20m to spend then it would be very difficult to turn down but we might still say no,” said Parish.

“Wilfried is our talisman, the best player in this league. My plan for January is to turn my phone off and go into hibernation. Then I won’t be able to listen to any offers and we will come out of the month intact.

“As for money to spend, Ian isn’t throwing names at me. He has a great group of players here. He will tweak the squad and make it better.

“We will see where we are in January but it may well be that he wants to push on further and we will work together on that.” Arsenal, Man Utd On Alert As Barcelona Put Big 6 Up For Sale