The 29 year old defeder was Cup-tied from Birmingham City’s 2011 Carling Cup final shock against the Gunners. 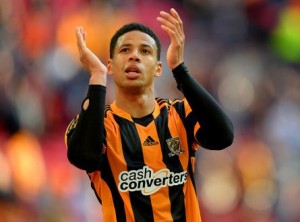 The central defender told the Mirror: “It will be another massive game and occasion. That Birmingham game was strange because I was a spectator. But it was a good experience and I was especially excited as if we won we would be in Europe next season.

“It is a coincidence to come up against Arsenal again and we know the shock Birmingham put on that day. The pressure is all on Arsenal again.

“Our goal at the beginning of the season was to stay in the Premier League. We are quite satisfied with how our season has gone but going into a cup final against Arsenal we are in it to win it.

“Arsenal fans will see this as a trophy they must win though. It would be different for them if they are going into a final against Man City or Chelsea. But they will see it as a must-win against us and it will be interesting how their players handle that.

“It has been that long without a trophy it might produce some nerves.”