The father of Radamel Falcao has admitted that Manchester United simply wanted his son more than Real Madrid. 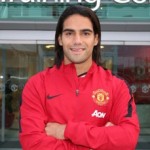 The Colombian international was strongly linked with a move to the Bernabeu stadium this summer but the deal did not materialise.

Falcao instead joined Manchester United on a season-loan loan from Monaco on the final day of the transfer window.

“The deal with Real Madrid did not happen because if you have money and you go to the market to buy a shirt or a pair of trousers, you have to decide whether to buy it or not,” Falcao’s father Radamel Garcia said to Colombian radio station LA FM.

“Real Madrid chose not to.

“I don’t know, I have the feeling they wanted the player for free with a number of conditions.

“In any case, they bought the trousers and shirt they wanted and they considered that to be better.