It has been reported that Manchester United have struck terms with Ajax for midfield utility Daley Blind. 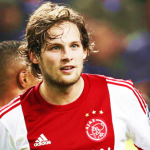 Blind is set to join Manchester United from Ajax for around £14million, according to reports in Holland.

The two clubs have agreed a fee, and the player just needs to agree personal terms, which is expected to be a formality.

United have been linked with the versatile Dutch international throughout the summer, and the deal comes just days after Ajax director of football Marc Overmars said Blind would not be sold on the cheap.

“Manchester United is delighted to announce it has reached agreement with Ajax to sign Daley Blind, subject to a medical and personal terms.

“A further announcement will be made when the process is complete.”