Liverpool defender Daniel Agger has revealed that he wants to be playing Champions League football. 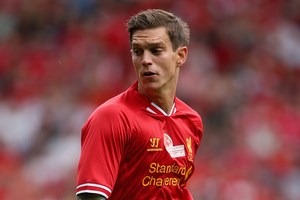 Brendan Rodgers’ side currently sit second in the Premier League table with 16 points, only being kept off top spot by Arsenal on goals scored.

The Denmark international told Politiken : “We would like to play in Europe, that is the most attractive, particularly the Champions League,”.

“But, of course, fewer matches lets us recover better and we get more focused on the [Premier League] matches and that might be an advantage.

“We set a goal before every match and that is to win.

“It’s almost impossible to win [every time], but we enter the pitch determined to win.”