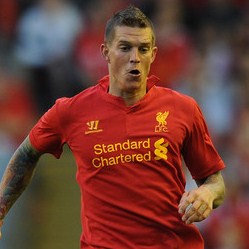 Reports have emerged that Liverpool defender Daniel Agger is prepared to leave for Barcelona.

The 27-year old Denmark international defender reiterated his contentment at Liverpool and made it clear he has no real interest in joining Manchester City, despite a failed £20million bid for him from the Barclays Premier League champions.

But, speaking at a media gathering ahead of Denmark’s game against Slovenia, he left a question mark over his Anfield future by saying: “Barcelona would be great. They are the one team who would make it difficult for me to stay.”