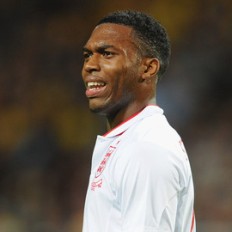 Daniel Sturridge – Liverpool Move 02/01/2012 Daniel Sturridge says he wants to stay at Liverpool for a “long time” after completing his move from Chelsea.
The 23-year-old became the Reds first signing of the January transfer window after penning a long-term contract at Melwood today.

He told Liverpoolfc.com: “I am humbled and happy to be here.”

“I’ve signed to be here for as long as possible. It’s a humongous club – for me, one of the biggest in the world – and to have the fans and world-class players we have here is amazing.”