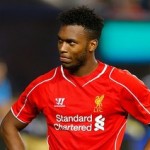 The Reds have registered wins over Manchester City, AC Milan and Olympiacos while in the US.

“Dan has flown back to the UK,” Liverpool boss Rodgers said.

“He had a really, really slight feeling in his hamstring. It’s nothing major.”