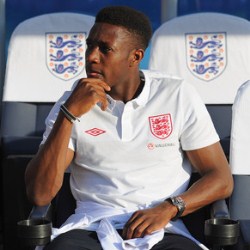 According to reportes from Sky Sports, Manchester United striker Danny Welbeck has agreed a new deal at Old Trafford.

The 21-year-old England international’s current contract expires next year and United have been looking to tie him down to a new deal.

It is believed terms over a lucrative new five-year deal have now been agreed with both parties and Welbeck is set to pledge his long-term future to United. Man Utd Locked In Talks With Palermo For Franco Vazquez