Danny Welbeck is confident that Arsenal can go on a long winning run. 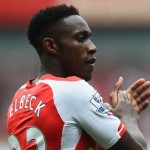 The Gunners followed up last week’s Champions League victory at Anderlecht with a 2-0 Premier League success at Sunderland courtesy of a brace from Alexis Sanchez.

The former Manchester United star said : “We’ve had two away games and got two wins,”.

“We’ve set the platform now and the main thing is to build on that.

“We showed character and we’re going to have to stick it out when it gets tough and nitty gritty in the next games.

“It was very tough against Sunderland. In the second half they came out at us and made it difficult. We really had to stick together as a team and work very hard to get the result.”