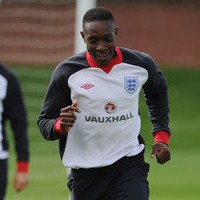 Manchester United striker Danny Welbeck is delighted with the early season chance he has been given at the club.

The England international striker feels he is reaping the benefits of his successful stint at Sunderland and says the experience he has gained is invaluable.

Welbeck told ManUtd.com : “My main aim when I went to Sunderland was to get games in the Premier League. I did that and I think I handled it pretty well,”.

“When you’re playing week in, week out it really helps your confidence. You get on a run with things which helps your form and you pick up so many little things along the way which are invaluable.

“I went through a good spell just before Christmas but unfortunately picked up an injury soon after. There are always going to be positives and negatives and I’ve learnt from both those experiences and come back to United a better person.

“I’m pretty happy with the way things have gone so far,” he added.

“I’m delighted to have been starting up front and I’ve put in a few decent performances.

“Playing games is what I want to be doing. I don’t want to be sitting on the bench. I want to be playing regularly for Manchester United. There’s nothing better than that and that’s my main aim.”