Reports are out claiming that Danny Welbeck believes Arsenal cannot become over confident if they are to continue to their climb up the Premier League table. 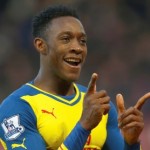 Victory over West Ham meant the Gunners leapfrogged their opponents into fifth place in the league, with only goal difference keeping them outside of the top four.

The former Manchester United striker told Arsenal’s official website : “The most important thing for us is to concentrate on the next game because we can’t afford to look too far ahead.”.

“We have just got to make sure that we’re ready for each and every game.

“The win (at West Ham) puts us back in amongst it and we need to be further up the table. We want to be gaining points and put the pressure on the teams around us.”