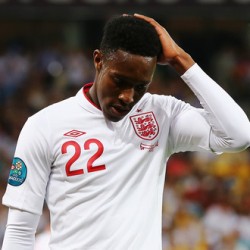 The England international striker says he relishes the competition.

“It is really healthy competition,” he said.

“We have a wide variety of strikers to choose from and that creates a good selection problem for the manager. It will have a good effect on the team.”

Welbeck has been involved in both matches so far this season and is expected to play some part at Southampton on Sunday as United look to build on that Fulham win, which will be helpful as he tries to reach full match fitness.

“It takes a while to get your fitness up,” he said. “I have had a couple of games. I am looking forward to pushing on now and getting 90 minutes under my belt.” Man Utd Complete The Signing Of Luke Shaw From Southampton