Darren Bent Desperate To Get Out Of The Spotlight 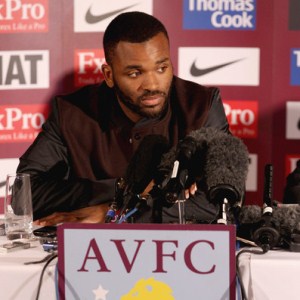 Aston Villa’s new striker, Darren Bent has declared that he is eager to get out of the spotlight and into action after completing his record move this week.

The England international striker, is set to feature against Manchester City and the former Tottenham ace is keen to see interest in him die down after an exhausting week.

“I’ve never been one for my picture being here, there and everywhere. It’s horrible at the moment because there’s so much going on with Sunderland and Villa. It’s horrible.

“My mum can’t stand it! She hates going out of the house when it’s all happening like at present.

“I don’t like it. I prefer to go about things quietly. If the transfer could have gone through under the radar, I’d have been happy.”

Roberto Mancini : Chelsea Will Be Back!