Manchester United midfielder Darren Fletcher has admitted that he and his team-mates are now fighting to still be with the club next season. 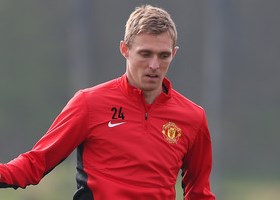 United’s season is effectively over after they crashed out of the Champions League on Wednesday, losing 3-1 on the night and 4-2 on aggregate to Bayern Munich.

The Scotland international said: “The boys have got to play well to stay in the manager’s thoughts for next season.

“There is talk of a lot of changes so if you get an opportunity to play, you have to go out there and perform and to show the manager that you want to be at United, that you are capable of being at United and you are good enough.

“A lot of people will say there isn’t a lot to play for now, but there is – you are playing for personal pride and to be in the squad for next season.”