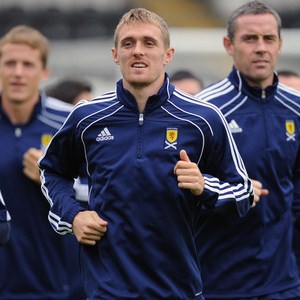 Manchester United midfielder Darren Fletcher has declared that the Red Devils have a great chance to win the Treble this season.

The Scotland international star is keeping his fingers crossed to be available for the derby against Manchester City.

“I am not saying we are going to win the treble, but we are still in all competitions and looking well,” he said.

“We are in a good position in the league but by no means are we taking that for granted.

“We are looking to kick on and keep winning these matches.

“The Premier League has shown that it is getting even more competitive.

“There have been so many shock results this season. We have to be wary of that and make sure we go into every game in top form.”