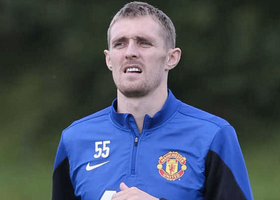 Good news for all Manchester United fans as Darren Fletcher is pushing for a playing return within the next month.

The Daily Star Sunday says that the 29 year old central midfielder he has not played a competitive game for the Old Trafford club since coming on as an 89th-minute substitute in the 4-3 win against Newcastle on Boxing Day last year.

It is said that the Scotland international has pushed himself but both he and United do not want to set a specific date for his return.

However there are now big hopes that he will be back in the first-team squad again before the end of October.