Darren Fletcher will be unavailable for the remainder of this season having undergone surgery to resolve his Ulcerative Colitis condition. 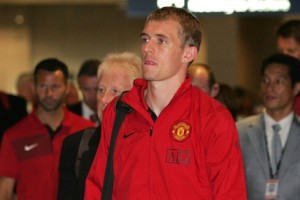 “We wish to stress this was a planned procedure undertaken at the optimal time having achieved a period of sustained good general health, as illustrated by the fact that Darren has trained with the team regularly this season and been available for selection right up to the operation.

Whilst it is frustrating for both Darren and the Club that he won’t be able to contribute further during this campaign, this decision has been taken with our full support in the best interests of his long-term health and we look forward to him returning next season with this problem firmly behind him.

We would be grateful if his privacy could be respected at this time and in the coming months in order to aid his recuperation.”