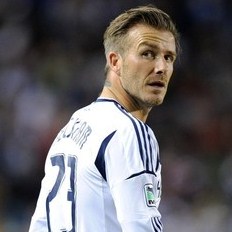 It has been revealed that David Beckham has announced that he is leaving LA Galaxy after the MLS Cup final.

The 37-year-old Manchester United and Real Madrid legend is in line to end his six-year Galaxy stay in style as they defend their title against the Houston Dynamo on December 1 before seeking to extend his playing career elsewhere.

He told the Major League Soccer website: “I’ve had an incredibly special time playing for the LA Galaxy, however, I wanted to experience one last challenge before the end of my playing career.

“I don’t see this as the end of my relationship with the league as my ambition is to be part of the ownership structure in the future.

“In my time here I have seen the popularity of the game grow every year. I’ve been fortunate to win trophies, but more important to me has been the fantastic reception I’ve had from fans in LA and across the States.

“Soccer’s potential has no limits in this wonderful country and I want to always be part of growing it.”