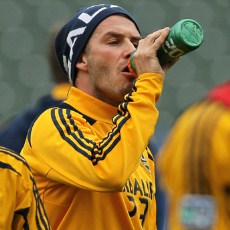 The Brazilian international midfielder has been linked with a move to MLS, where brother Digao is playing for New York Red Bulls.

“I think most clubs would like Kaka to come into their team,” Beckham said after the Galaxy topped the Houston Dynamo 3-1 to claim its fourth MLS Cup crown.

“Obviously I spent a lot of time with him when I was with A.C. Milan and obviously he’s a great talent.

“It’s obviously disrespectful to speak of him coming here when he’s still under contract,” Beckham said. “(Kaka’s) a great person … Of course if there was any slight chance of bringing him to the Galaxy then I’m sure (the Galaxy’s) owners would do anything possible.”