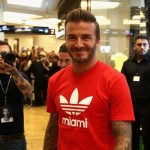 Beckham was speaking with Sport360 about his favourite players.

“Marco Verratti for PSG, too. I played with him and he’s such a great and talented player.

“And, of course, Neymar. There are a lot of good players out there but if I had to choose, it’d be one of those.”