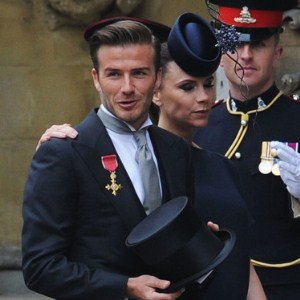 David Beckham insists that he will certainly be back for LA Galaxy’s clash with FC Dallas at Pizza Hut Park on Sunday.

Becks is currently in London for the Royal Wedding between Prince William and Kate Middleton but has made it clear he will return to the States and be in Dallas with the league-leading Galaxy.

“I’ll go to the wedding on Friday,” Beckham said.

“I fly straight out of London on Saturday morning and I arrive [in Dallas] before the team on Saturday.”

The former Manchester United and Real Madrid star said that Galaxy coach Bruce Arena understands the situation and is fine with the travel as long as he is back in time for the game.

“It’s important. [Arena] knows that I’ll be sacrificing to travel to turn up in Dallas.

“Obviously, it’s not ideal with the travel, but it’s a royal wedding and those don’t come around very often.” David Beckham : I Have Not Made My Decision Yet!