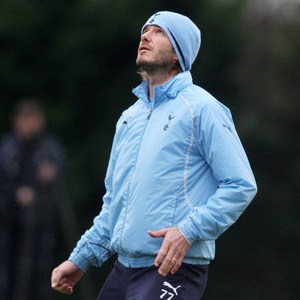 David Beckham is set to return to the LA Galaxy this week after finishing his training stint with English Premier League outfit Tottenham Hotspur.

The 35-year old midfielder is not scheduled to link up with his teammates until Thursday, February 24 but he may be back earlier for at least one of the pre-season matches against expansion franchise Vancouver Whitecaps.

The former Manchester United and Real Madrid star spent a couple of weeks with Spurs as he prepares for the 2011 MLS season with the Galaxy.

The Galaxy did not allow Beckham to go on loan this year so instead gave him permission to train with the North London club.