It has been reported that former Liverpool star Stan Collymore can see David Beckham making a future bid to takeover Manchester United. 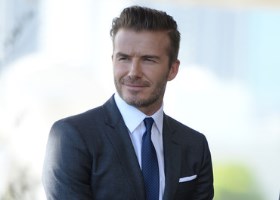 The former England international midfielder is taking a first step into club ownership with his new Miami franchise in the MLS.

Collymore wrote in the People: “Soon we will see how Beckham makes his mark as an owner.

“And it will not take too long to work out whether he develops his project for the long haul.

“After the green-and-gold protests at Manchester United in recent years, could he one day rock up as their saviour?

“We know the Glazer family are not wanted by the majority of the Red Army.

“And while they will not be ­going anywhere just yet, as this latest venture of Beckham’s kicks off, we should not totally rule out an Old Trafford return.”