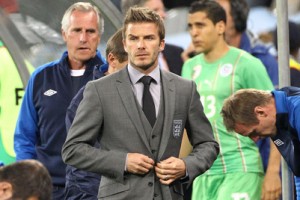 LA Galaxy star David Beckham has admitted that he does have ambitions of coaching England but not just yet.

The former Manchester United and Real Madrid star who has no coaching qualifications does not want to end his playing career yet and has told pals he still backs Capello.

The 35-year-old is under contract to LA Galaxy until 2012 and has spent the past two seasons also playing on loan at AC Milan.

“It would be great if David was to manage England one day, but not now,” a source told the Daily Star.

“He’s not taking any coaching qualifications yet because he is still very much a player.” 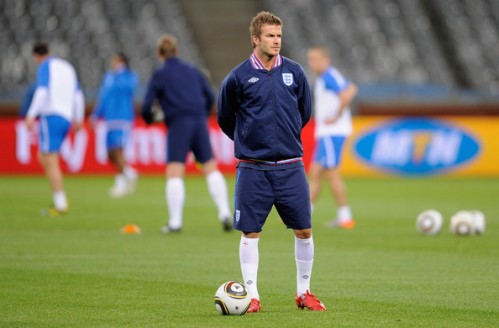