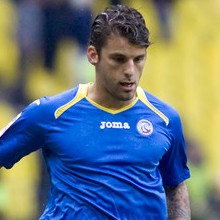 It has been reported that Tottenham winger David Bentley is enjoying his loan at FC Rostov.

Bentley, whose contract with Spurs is up next summer, could have played it much safer and ­accepted one of four or five offers to go on loan in England, but as soon as the opportunity arose to go to Russia he knew what he wanted to do.

The 28 year old told the Sunday Mirror: “I got a phone call on the Wednesday ­saying, ‘Do you fancy it?’

“And being the first Englishman to play there, I just thought, ‘Why not?’ By the Friday I was on my way. I went over there, got it sorted and trained within five days.

“I spoke to a few of the old Tottenham lads – Stipe Pletikosa, Vedran Corluka and Roman Pavlyuchenko. They told me it’s a pretty good standard and a lot of players are being brought in as well.

“A lot of the top managers in Europe are there – Slaven Bilic, Guus Hiddink and Fabio Capello with the national team – and they’re trying to invest.

“The standard of teams I’ve played has been really good.”