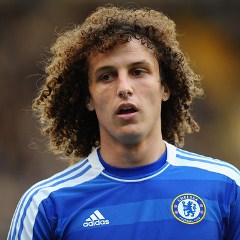 The Chelsea defender is adamant owner Roman Abramovich axed him far too quickly in a bid to revive the Blues’ rollercoaster season.

The Brazilian said: “I’m really sad, as Andre was a really capable professional. Unfortunately, he didn’t have the time to show his true value at Chelsea.”

“He didn’t have the chance. You cannot doubt a professional like him, who won five titles last season and was feted by everyone. But he didn’t have enough time at Chelsea.”

Rifts between AVB and the dressing room appeared to be ripping Chelsea apart.

Yet Luiz, speaking to Brazilian TV before the amazing Euro turnaround against Napoli, added: “We are a united team but, unfortunately, we couldn’t get the results that Andre deserved.

“There were no problems between Villas-Boas and Drogba, Lampard and Essien.” Luke Shaw To Turn Down Chelsea For Man Utd Move