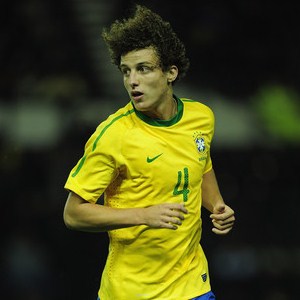 The Portuguese club finally allowed the Brazilian international to move on in a £25million-plus deal to Stamford Bridge.

Luiz, now age 23, had a long term contract with Benfica that ran until 2015 and is seen as one of the most promising defenders in Europe.

He arrived in Lisbon from Brazil in 2007 and was a key member of the Benfica side that last season clinched the Portuguese Premier League title for the first time in five years, missing only one of 30 league matches.

His performances earned him a debut call-up to the Brazil squad for a friendly against the United States in August. He also played against Iran and Ukraine in October and is in the squad for the February 9 friendly in France.