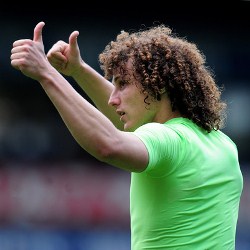 Chelsea defender David Luiz expects the club to be more adventurous next season after the appointment of new boss Andre Villas-Boas.

The Portuguese arrives with a glowing reputation, following his success at Porto, and is known to favour an attacking approach.

Brazilian international defender Luiz has admitted that he cannot wait to see what Villas-Boas has to offer.

The former Benfica defender said in The People: “I have spoken to my friends back in Portugal and I hear the same thing from everyone.

“They all say how Andre is very hands-on with the players and he gets his point across from day one.

“That is very positive at a club that dreams of titles. I’ve not worked under Mourinho, but my friends say Villas-Boas is more attack-minded.

“Perhaps that signifies a change in system for Chelsea in the new season.”