David Moyes has admitted that he has injury concerns for Robin van Persie. 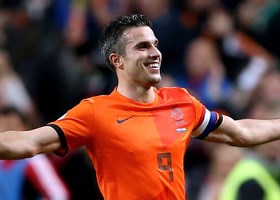 The Manchester United striker picked up a calf injury on international duty with Holland after reporting for duty with a toe problem.

“We have a few with knocks,” Moyes told MUTV.

“The one we are more worried about is Robin van Persie.

“He got a kick on the calf and he came off in the second game (against Turkey). He has had problems with his toes as well.