It has been reported that Manchester United boss David Moyes is hoping for the team’s luck to change to turn round their faltering season. 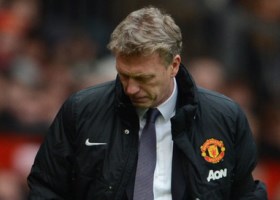 The reigning Premier League champions are 21 points worse off than at this stage last season and have lost five times in 2014 as well as drawing with bottom-placed Fulham.

“We need our fortune to change, our luck to change,” said Moyes.

“There are definitely things in the games which have gone against us.”

“We can only blame ourselves and we need to do better,” added Moyes.

“We are not looking for excuses for it, but there has been some circumstances where a bit of luck’s been missing.

“Winning changes it – and we have not won often enough.”