Reports are out claiming that Real Sociedad coach David Moyes admits he turned down an offer from Arsenal – as a player. 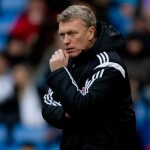 Moyes was playing for Celtic at the time.

“When I tell people they start laughing. Cambridge then were in what’s now the Championship,” he told Four Four Two.

“Arsenal manager Terry Neill called me at my house in Glasgow and told me they were going to sign me, but a week later, they called back and said ‘we’ve decided to take you on loan.’

“I wasn’t having that, leaving Celtic to go on loan, so I turned it down. Arsenal went on to buy the late Tommy Caton instead. I joined Cambridge and played every week, which I wasn’t doing at Celtic.”