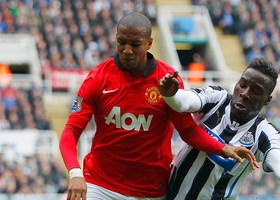 The Reds winger made a bright start to the Barclays Premier League encounter but was forced to make a hasty exit for Adnan Januzaj in the 17th minute after appearing to dislocate his thumb following a collision with Newcastle United opponent Massadio Haidara.

Speaking after the match, David Moyes gave an update on the injury: “He has torn ligaments in his hand and it looks like a bad injury.

“I don’t know how long it will keep him out for at the minute, but from what the medical team have told me, it doesn’t look good.”