It has been reported that Manchester United boss David Moyes has admitted that he is considering James Wilson for a first team debut. 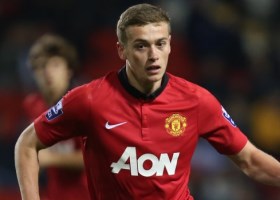 The 18-year-old striker was on the bench at Newcastle United.

“If the opportunity had been right at Newcastle, I’d have tried to get him some minutes on the pitch,” revealed Moyes to MUTV.

“As it was, we lost a couple of people in the game to injury so we had to make substitutions and we couldn’t get to a position to give him some minutes. He’s done well in the Reserves and earned an opportunity.

“I think he’s got a good chance, the boy, and we want to keep him right but keep moving him up and progressing him when we think the opportunities are there.

“If the opportunity comes [before the end of the season], we’ll do so but we have a lot of people looking for a game.”