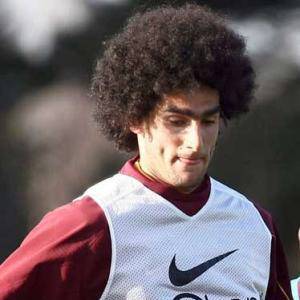 It has been reported that Everton boss David Moyes flew out to watch his 22-year-old record signing play for his country against Austria on Tuesday.

However the defensive midfielder picked up a hamstring injury and Moyes was dismayed to see he was kept on by coach Georges Leekens.

Moyes groaned: “He should have come off immediately. It’s probably made his injury worse.

“I’ll express my disappointment in a letter to the Belgian FA.

“Would it have helped if he had come off sooner? I think so, yes.

“It could be six weeks and it’s a very big blow because he’s a key man for us.”