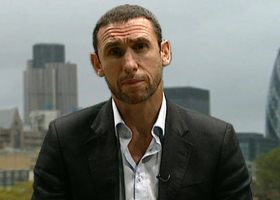 He told the Daily Mail: “He was like two players for them. He was everywhere. David Moyes has settled him down and dealt with a difficult situation. Manchester United are now getting the best out of Rooney and Van Persie and that wasn’t always the case last season. The manager deserves credit for that.”