David Moyes insists that Manchester United is not in crisis. 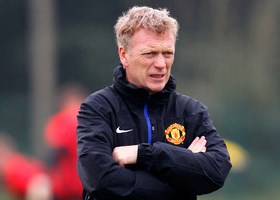 The reigning Premier League champions currently sit in the bottom half of the table.

“I don’t think it’s a case of pulling it around, it’s just us getting back on track and finding a bit of form,” said Moyes.

“It’s not been as bad as many people have made it out to be. Obviously our league position isn’t where we want to be but I think let’s just wait and see where it ends up come the end of the season.”