David Moyes has reportedly told Wayne Rooney he sees him as an out-and-out striker. 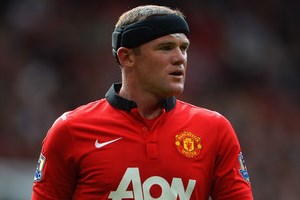 The Manchester United boss confirmed that the England international would not be playing him in midfield.

When asked if he would be dropped deeper, the United boss replied: “Not just now.

“I can only see Wayne playing up top and playing as a forward for us. I don’t have a goals target for him. But his targets have been big in recent years.

“We will try and get him up there. But Wayne’s game is a little bit more.

“He has developed into one of those centre-forwards who drops into spaces to pick the ball up. He plays in a slightly different way so you have to appreciate him for what he does and his style of play. That’s what he is.”