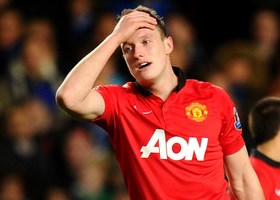 Reports have emerged claiming that Manchester United boss David Moyes was pleased with his centre-half pairing of Chris Smalling and Phil Jones for victory at West Bromwich Albion.

“Smalling was excellent by all accounts for England too, while Jones is a very good player. He’s been out for a month and we needed to try to get him some minutes as we’ve got some big games coming up. We needed to make sure he’s ready to play and they both did a great job.”